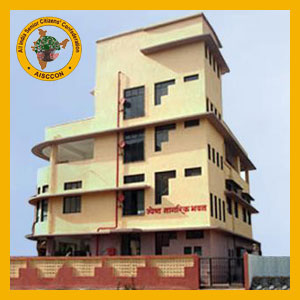 The All India Senior Citizens’ Confederation (AISCCON) is a national level organization of senior citizens with affiliate federation members and individual members numbering more than 10 lakhs in various states and union territories of the country. It is the largest organization of senior citizens in the country; it devotes itself to networking, advocacy and research on the issues concerning welfare and development of senior citizens with governments at both the state and national level. The organization also provides service activities including health care (Physio-therapy services, eye care services and other advisory) services.

AISCCON is currently the single largest federated body representing nearly five lakhs senior citizens. We are an independent, non-political, non-religious body with the welfare of Senior citizens as our goal.

AISCCON is registered under the Societies Registration Act, 1860 and the Bombay Public Trusts Act, 1950. Donations to AISCCON are eligible to Income-tax Exemption under Section 80G.

Since 2002 AISCCON publishes a monthly Newsletter “AISCCON News“. Through its columns it is creating awareness among Senior Citizens and also informing them about developments regarding Senior Citizens in India and abroad.